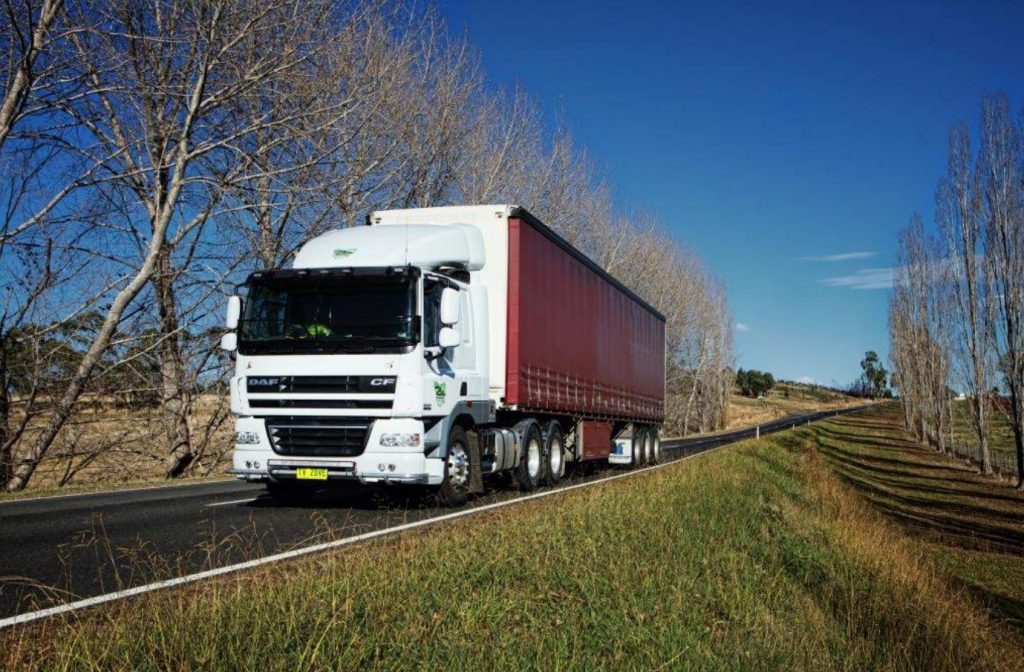 Tasmanian bulk haulage business, Zam Haulage acquired the first Australian-delivered CF85, matched with a PACCAR 510Hp MX-13 engine. The big news is the CF85 is now officially available on the market with its new 510Hp rating and 1,850 pounds-feet of torque.

For more than a decade, the CF85 has earned an enviable reputation for versatile, reliable performance and excellent fuel efficiency through the PACCAR MX-13 engine at 460Hp. With the extra power and torque on offer, the 510Hp MX-13 now provides even more flexibility to an already compelling package.

In June 2016, the 510Hp performance gains, efficiency and fuel consumption were analysed locally in demonstration models. DAF offered one of the demonstration vehicles to Zam Haulage, who put the CF85 through its paces.

Husband and wife owners of Zam Haulage, Glen and Julie Whitehouse, began their operations in the late 1970s, running their business from Spreyton, just outside of Devonport in Tasmania’s north. The company hauls bulk liquids locally around the island as well as general freight throughout the mainland.

After a decade of experience with the CF85 460Hp rating, Glen met CJD DAF Tasmania representative, Chris Saltmarsh, to talk efficiency gains in the 510Hp model for their different applications. Conversations were aired around purchasing an XF 510Hp twin steer but the 510Hp CF85 became available for demonstration and soon enough, driver Brian Hughes was singing its advantages.

“When the turntable was set right, the weight balance of 6.5, 17 and 22.5 tonnes on the tri axle was perfect. We did the math… our load was taring between 30 to 31.5 tonnes payload (depending on the tyre temperatures) and then it dawned on us that we didn’t need a twin steer at all because it was only going to be used on the tanker and we would have to slide the turntable back for general freight use, which jeopardised our length for a 45-foot trailer.”

Brian, a charismatic and clued-up truckie with more than 40 years of driving experience, recently stepped out of a US competitor’s product, rated at 525Hp with 1,850 lb-ft of torque down to 1250rpm. The FTT CF85 offers Brian the same peak torque of 1,850 lb-ft torque at 1,000 rpms.

Since purchasing the truck, it’s clocked-up more than 180,000 kilometres. Brian says the 510Hp keeps the rig moving and gives that little bit more performance on the mainland dual carriageways, which is to be expected when compared with Tasmania’s single lane winding roads. He also says one feature he is very comfortable with downhill cruise, even when pulling the tanker.

“I can coast down hills in top gear using down-hill cruise and I don’t get any overrun. When downhill-cruise is fully activated (at 100 kmph) I’m around the 2,000 revs. At 97 kmph, I’m sitting on 1,500 rpms. The 510Hp/16-speed box is even better for the down-hill cruise compared with the 460Hp 12-speed box,” Brian claims. Approaching a short climb at Deloriane Hill (with an elevation of 241m above sea level), Brian is usually sitting on 97 kmph pulling 46 tonnes.

“When you select cruise control, the truck normally rolls up in 16th and drops back to 950 revs. It will drop three gears in one hit and move straight to 13th then picks up to 1,400 revs and climbs most of the way up that hill in 13th gear. When you’re at the top of the hill it moves into 14th, then 15th and 16th and then you’re sitting back on 97 kmph pretty quickly. It spins up instantly and has got a unique torque curve. Trucks will drive up beside you but once it spins, it starts changing gears and you just lose them,” Brian remarks.

According to Brian, from a traffic-light hill start carrying 46 tonnes, the 510Hp pulls like a train. He touches on the finer details using the lower gears on the rpm range. “During a hill start it will normally begin climbing in 3rd and it will click through the gears so smoothly. There’s no lift-up in the front end. It will just pick up beautifully through the gears and that’s why I leave it in auto because the computer knows how to drive the truck. That’s why I reckon my fuel is so good at the moment.”

Brian averages more than 2.4 km to every litre pulling the tanker around Tasmanian roads and when he journeys to Western Australia carrying 46 tonnes, the truck averages out at 2.6 km cruising at 100 kmph/1550 rpms. Not only is Brian getting great fuel efficiency, he’s also arriving at his destination one hour quicker than when he was sitting on 97 kmph in his previous competitors truck to help save on fuel.

“I cart an extra tonne and a half on the DAF and the fuel is phenomenally better. It’s also very comfortable. I used to get out of the last truck and it felt like it had square wheels and it was literally a job to walk,” he chuckles.

Being a low-profile design, Brian can open the door of his comfort sleeper cab, reach inside to the dashboard and not have to worry about climbing up and down the steps when he’s hooking and unhooking the rig.

“You can reach in easily and dump the airbags,” he notes. “Then you pull the pins out and hit the airbags again before you wind on the trailer – it’s great for dual purpose in that way. I love it.”

The MX-13 is paired with a fully automatic ZF AS-Tronic transmission, delivering 16 speeds of comfort and economy, which makes it so compelling to drive that even manual truck devotees like Brian, can be won over.

“When the boss turned around to me and said you might have an automatic, I said to him, ‘No bloody way am I ever going to drive an automatic, thank you very much!’ But after driving this for nearly 12 months, I would not drive an 18-speed manual ever again.”

Zam Haulage has taken the new model into extreme temperatures around the country, including 50 °C across the Nullabor and 40 °C plus in the Atherton Tablelands. They’ve also fully tested its capacity to carry 25 tonnes of potatoes, climbing a 1,000-metre mountain over an 18 km stretch at Iron Horse, near Cardiff, New South Wales.

“It’s twisty and steep around that mountain and it didn’t miss a beat. The gauge always hovers around the third to halfway mark, even on a heavy pull. But the temperature is stable and never goes over halfway.”

Be it fuel, reliability or performance, the MX-13 provides a great many benefits to make a driver relaxed at the wheel while its simplicity also makes it a straight-forward engine to service. The floating oil pan completes the clean and easy design, whereby operators can literally service the engine wearing a business suit.

The MX-13 is pumping serious horsepower out of the 12.9-litre motor. It opens up that market for dual purpose sized combinations in both metro and interstate because it’s a well-built, strong engine. The proof is in its performance,” Brian concludes.

DAF Trucks Australia, a division of PACCAR Australia, distributes a range of medium and heavy-duty trucks across the country. PACCAR Inc, a Six Sigma company, is a global technology leader in the design, manufacture and customer support of high-quality light, medium and heavy-duty trucks under the Kenworth, Peterbilt and DAF brands. PACCAR also designs and manufactures advanced diesel engines, provides financial services and information technology, truck leasing and rental services and distributes truck parts related to its principal business.